Weaver/Science is a social tool that democratizes the decision-making process through online debate. Join Now!
To learn more, check out the FAQ or Tour.

Your profile reflects your reputation, it will build itself as you create new debates, write arguments and form new relationships.

Make it even more personal by adding your own picture and updating your basics. 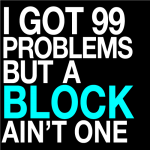 Enemies
View All
None

Hostiles
View All
None

Joined:
8 years ago
3 most recent arguments.
View All

Great job citing and giving good evidence jenna, i agree with your statement and the hazards

I agree with your information and how you used it. Great evidence and good job rosetta

Both volcanoes and earthquakes are very deadly, and they both rack up a total of deaths. Volcanoes being a eruption of molten rock that spreads then dries, earthquakes being the movements of the plates underneath the surface. There are some things the same about the two, like how both are results of faults in the earth. Volcanoes are many threats in one with magma, ash, and deadly gases. Earthquakes are a large shake and falling buildings.

I side with volcanoes, Volcanoes create ash clouds that block sunlight and can affect health. ( http://education.nationalgeographic.com/ education/encyclopedia/volcanic-ash/?ar_a=1 )Running lava creates fire and burns down towns leaving hundreds homeless. Volcanoes can be hard to tell when they happen also, super volcanoes can erupt without warning. ( wikipedia.org/wiki/Supervolcano ) In the past 500 years, over 200,000 people have lost their lives due to volcanic eruptions. Volcanoes can be exciting, beautiful and fascinating yet they are still very dangerous, any volcano can create a harmful or deadly phenomena.

8 years ago
Support Dispute Clarify Jump to Debate→
Caeblue has not yet created any debates.

Back to the action!